A Simple Overview of How LED Emergency Lights Are Manufactured 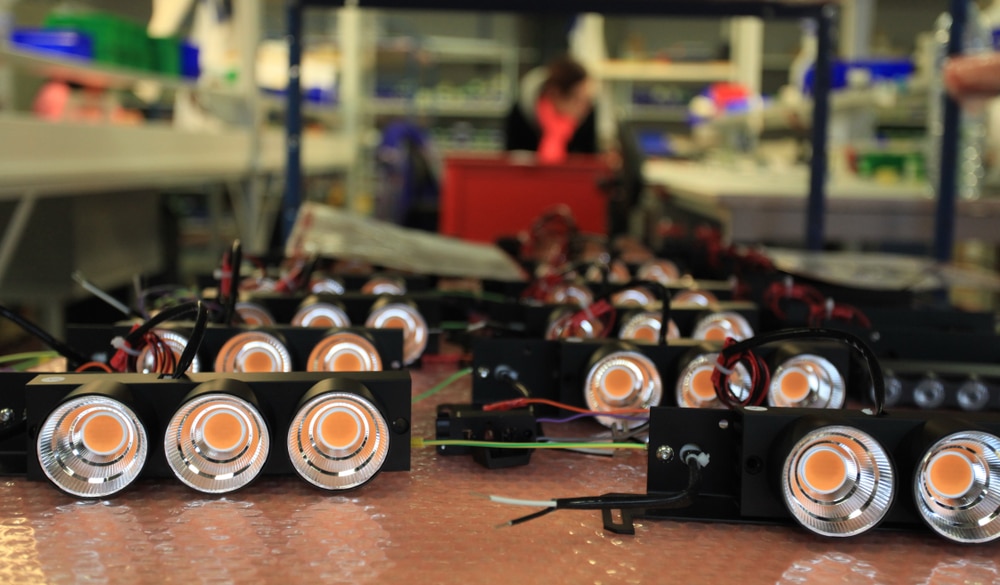 Knowing how many of the items we use regularly actually work is often a mixture of interesting and important, and a great example here is with LED lights for emergency vehicles. Because these vehicles play such a vital role in emergency response in numerous situations, their drivers care a lot about how effective they are at warning other drivers of their presence — and therefore, they often put great stock in the manufacturing methods and quality of their emergency lights.

At LED Equipped, we’re happy to offer an unmatched selection of emergency vehicle LED dash lights, light bars, beacon lights and more. While we’re not going to dig into the PHD-level science behind how LED lights are made, per se, today let’s take a look at what makes LED lights different from other types, plus a simple overview of the important parts of their manufacturing.

Why Are LED Lights Unique?

Firstly, let’s discuss a bit about why LED lights are not only unique, but also largely superior to other types of emergency vehicle lights on the market. To do that, we need to understand a bit about how light itself works.

All light is made up of particles called photons. These photons work together in order to create the electromagnetic radiation we perceive as light. The color of light that we see is determined by the wavelength of these photons — and in the case of LED lights, that wavelength is quite short. This results in a light that’s very bright, but doesn’t produce a ton of heat.

This is in comparison to other types of light sources, like incandescent bulbs, which work by heating a filament until it’s white hot. This method is not only very inefficient in terms of how much light is produced per watt of power used, but it also creates a lot of heat — and as we all know, heat and electronics don’t mix well.

For first responders and other emergency personnel, this difference is vital. Not only are LEDs more visible to the human eye than other types of lights, but they can also be used for long periods of time without fear of damaging the electronics in the vehicle.

Again, without getting too technical, here are some of the simple components often utilized in the manufacturing of LED emergency lights:

As you can see, there are a few different components that go into making an LED light, but the process is actually quite simple. In short, electricity flows through the anode and cathode of the LED, which then activates the semiconductor chip. This chip then emits photons, which we perceive as light.

The beauty of LED lights lies in their simplicity — and that’s one of the reasons they’re such a popular choice for emergency vehicles. Not only are they incredibly effective at getting drivers’ attention, but they’re also very durable and long-lasting.

Throughout the process of manufacturing LED lights, there are no known safety issues to be aware of. This is in contrast to other types of lights, like fluorescent lights, which can contain harmful chemicals like mercury.

LED lights are made from solid state components, so there’s no risk of breakage or release of any harmful substances. They’re also RoHS compliant, meaning they meet all of the strict environmental standards set forth by the European Union.

Furthermore, this theme extends to the proper usage of these lights among first responders. For instance, LED lights do not get extremely hot to the touch, so there’s no risk of burns if they’re accidentally touched while in use. LED lights are also less likely to cause interference with electronic equipment, like radios and laptops, which is often critical for first responders.

Compared to older, traditional lights, these kinds of simple safety and use applications make a big difference. Prior generations had to be much more careful with their lights, but with LED technology, first responders can focus on what’s important: the task at hand.

What Gives Them Their Long Lifespan?

Another notable benefit of LED emergency lights is how long they last. Many LEDs are rated for up to or even greater than 40,000 hours of life, which is significantly longer than most other types of bulbs. So, what gives them this impressive lifespan?

For starters, it has to do with the fact that there are no moving parts in an LED light. This lack of moving parts means there’s much less wear and tear on the light, which in turn leads to a longer lifespan. Furthermore, LED lights don’t have a filament that can burn out over time. Instead, they rely on a semiconductor chip to produce light, which is much more durable.

In addition, LED emergency lights are often designed with built-in heat sinks. These heat sinks help to dissipate the heat generated by the light, which protects the LEDs and prolongs their lifespan. Finally, it’s worth mentioning that many LED manufacturers offer warranties of 5 years or more. This just goes to show how confident they are in the longevity of their product.

Not only is the manufacturing process for emergency LED lights very important, but so is the packaging and shipping process. This is because these lights are often shipped long distances and need to arrive in working condition.

To that end, most manufacturers take great care in packaging their products for safe transit. They use high-quality materials like foam or bubble wrap to cushion the lights and prevent them from being damaged during shipping. Furthermore, they often include tracking information and insurance in case the lights are lost or damaged in transit.

Last but not least, it’s important to mention that all emergency LED lights must go through rigorous testing before they’re deemed fit for use. This testing process is important to ensure that the lights meet all the necessary safety and quality standards.

Some of the tests that these lights undergo include drop tests, vibration tests, and thermal cycling tests. These tests help to ensure that the lights can withstand the rigors of being used in an emergency situation. These tests are extremely detailed in both scope and duration, so it’s important that the lights pass with flying colors.

As you can see, a lot of thought and care goes into the manufacturing of emergency LED lights. This is because first responders rely on these lights to help them in their important work. So, it’s critical that the lights are made with the utmost care and attention to detail.

If you’re looking for emergency LED lights for your own vehicle, be sure to do your research and choose a reputable manufacturer. This will help to ensure that you get a high-quality product that you can depend on. Our team at LED Equipped is happy to help you with any questions you may have about our lights. Contact us today to learn more!