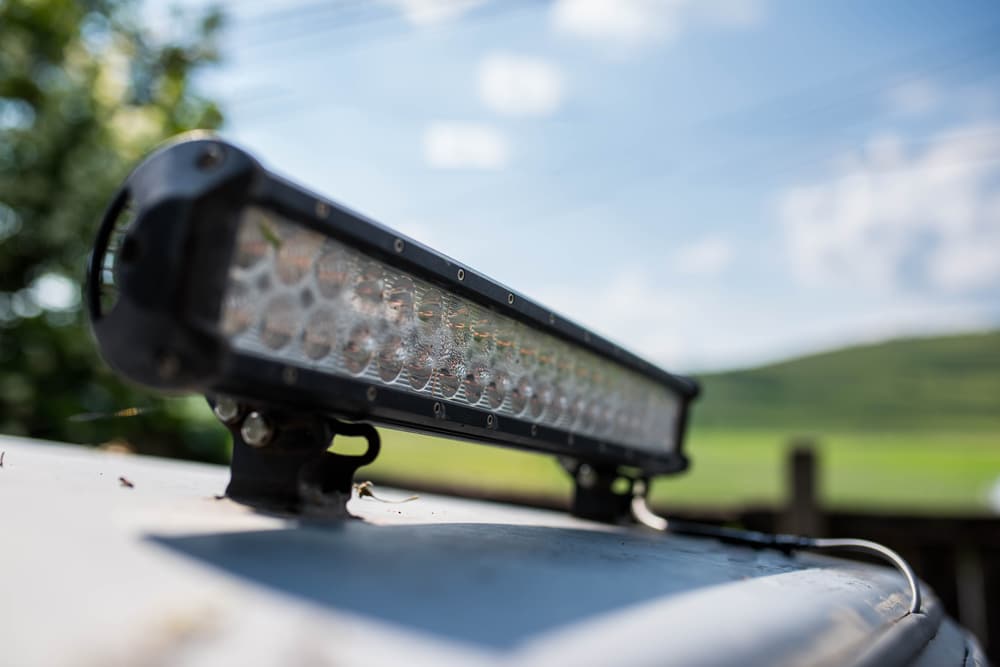 Any product or service that becomes immensely popular will unfortunately see a few myths crop up regarding it, and the realm of LED lights is no exception. LED lights have become enormously valuable and useful across numerous settings, including many first responder and emergency vehicles, but ensuring you have the proper information on these items and are not falling victim to misinformation is important — especially if you’re a first responder looking to ensure you’re properly outfitted for your needs.

At LED Equipped, we’re proud to not only offer a huge range of emergency vehicle lights, LED light bars for trucks and plows plus numerous other LED products, but also to provide clients with expertise on these products, how they work and what they’re useful for. Sadly, we’ve heard a number of the most common myths out there about LED lights in general — some of them may seem harmless, but if they reach the ears of our clients and stop any first responder from outfitting themselves properly, that’s when they really bother us. With this in mind, here are a few such misconceptions you may hear about LED lights, plus the proper information in each area.

It’s important to note that technically this isn’t untrue — any form of significant light source that you interact with directly before or during sleep hours may impact your circadian rhythm and other sleep-related areas. The myth, however, is in any assumption that LED lights are somehow more intrusive on your sleep cycle than any other form of lighting.

It’s true that LED lights contain blue light, an element that’s found naturally in sunlight and generally gives the brain a signal that it’s time to be awake and active. To this end, LED lights can make it harder for you to fall asleep and stay asleep — but this is true of virtually any kind of light source. There’s no reason why a particular lighting technology should receive the blame when countless other sources also emit blue light.

Rather, anyone who finds their sleep regularly disturbed by LED lights needs to evaluate their personal use of such lights and how that may be causing problems. For instance, using a LED light for an extended period of time before going to bed can make it harder to fall asleep whereas a few minutes of exposure is unlikely to have any impact on your sleep cycles.

For first responders and others who use LED lights on their vehicles, meanwhile, this is rarely — if ever — a concern. As long as you have a standard cool-down period after work, and don’t simply attempt to go to bed minutes after stepping into your vehicle, it’s unlikely that any LED light in your car will have an impact on your sleep patterns.

Myth #2: LED Lights Are Harmful to the Eyes

We can at least understand where this myth comes from: LED lights are extremely bright, and this leads some people to assume that there must be some risk factor associated with this kind of lighting. The truth, however, is that LED lights are almost always designed for maximum safety and ease-of-use; the higher the intensity of an LED light, in fact, the more carefully it’s designed to ensure there’s no risk factor involved here.

To begin with, virtually all LED lights — and especially those found on first responder vehicles as well as various emergency vehicles — are designed to cut off power once they’re exposed to a certain amount of heat. Once this occurs, the light will shut down before any damage can be done; there’s no risk of exposure, and you’ll never need anything other than routine care to ensure your LED lights remain safe and effective.

In addition, there’s been significant research on LED lights during standard operations — research that’s generally found LED lights produce less than 10% of the maximum safe amount of light exposure. This is another reason why it’s highly unlikely that first responders and emergency workers will experience any kind of short-term or long-term damage as a result of exposed LED lights.

Once again, we want to be clear here: It’s true that LED lights flicker during normal operations. However, the myth comes in among those who consider this flickering an issue; the simple reality is that the flickering occurs at such a fast rate that it’s imperceptible to the human eye. It happens so fast that it’s not even considered a heightened risk for those who suffer from seizures or other such conditions where flickering lights could lead to a problem.

And within any kind of first responder realm, this flickering will have absolutely zero impact on your ability to respond and react as needed. There’s no reason why you need to avoid LED lights if they’re otherwise of benefit, and any perceived flickering is more than likely nothing but a perception that will quickly fade away the moment you begin using such lights on a regular basis.

This myth likely arose from comparisons to fluorescent lights, which do indeed contain mercury and may even emit this toxic substance if the bulb is broken. LED lights, however, are not fluorescent by any means and will not pass along mercury to anyone who comes in close contact with them during regular use.

Additionally, research has shown that you’d need to ingest or breathe in an enormous amount of LED light before there was any kind of associated toxicity; it’s simply not possible to breathe in or ingest enough of these lights to actually begin feeling the impact of any infrared exposure, which means there’s no concern for emergency workers who are constantly exposed to LED light.

Down similar lines, there are some who believe that LED lights emit large amounts of radiation that could pose a risk for those who work around such lights on a regular basis. The research shows once again that this is not the case and there’s no actual truth to these claims; LED lights emit incredibly small amounts of radiation, the sort that are exponentially smaller than even a few seconds of sun exposure.

As such, you’ll never need to worry about long-term damage or adverse effects for yourself or others who are exposed to LED lights on a regular basis. While huge amounts of radiation are unhealthy, such small quantities are absorbed by the body regularly and are not cause for concern.

Myth #6: LED Lights Are Only for First Responders

This myth is pretty obviously false in the world at large — LED lights are used for numerous products, from cell phones to computer screens to televisions and much more. The simple reality is that LED lights are incredibly useful, versatile and effective across a vast array of settings; they’re not just for first responders or those in the emergency services industry.

But even among those who will be using them as part of their work, this myth holds little weight: Emergency response teams are not the only ones who can benefit from LED lights, even in the harsh conditions seen on a daily basis. If you run a tow truck business, for instance, LED lights might be a great option to consider on a vehicle or two. If you work with power lines or other heavy equipment, they can make it much easier to perform your job safely and effectively. LED lights are also commonly utilized by snow plow drivers and other people who work in extremely difficult conditions that might otherwise be dangerous.

For more on debunking some of the most common myths out there about LED lights, both in general and for first responders, or to learn about any of our emergency LED light bars, visor lights or other products, speak to the staff at LED Equipped today.