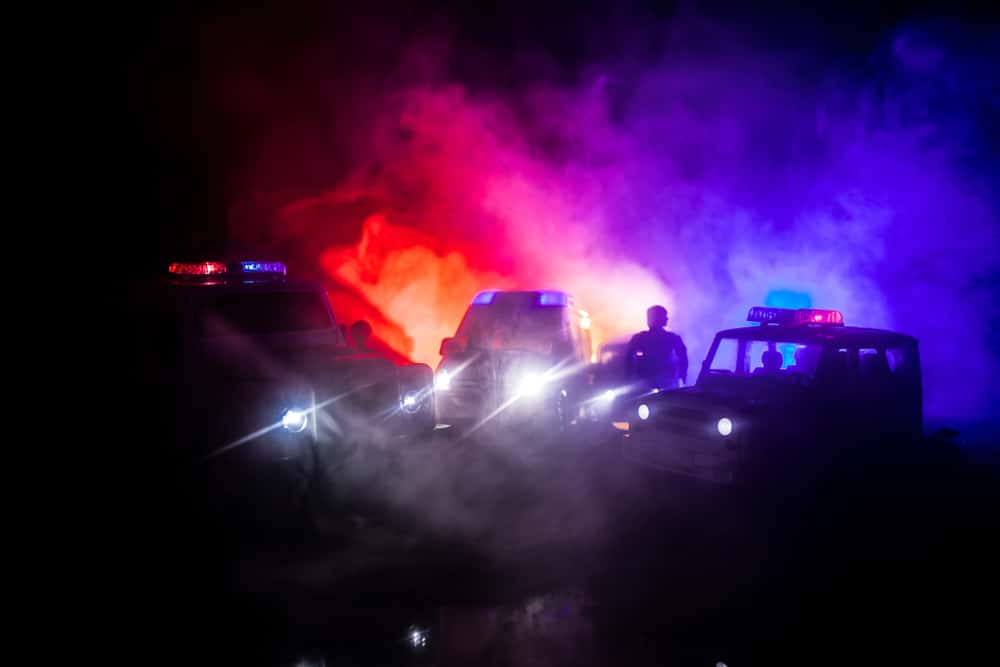 As both many civilians and all first responders are aware, vehicles that are responding to emergencies or similar situations of any kind will utilize sirens as one of the key methods of warning other people on the road about their presence. One particular element of this you may have noticed: Siren patterns and sounds that are used tend to vary in different situations — there are actually several different such patterns available, each with its own set of qualities and common uses.

At LED Equipped, we’re proud to offer a wide range of emergency vehicle and police siren products in addition to our huge selection of LED warning lights and related products. When did the use of sirens for first responders originate, and what are some of the different siren patterns or sounds that are typically used today? Let’s take a look!

The origins of sirens in general can be traced all the way back to the 1790s, where a Scottish philosopher named John Robinson was attempting to invent a new musical instrument. He quickly realized that the loud, shrill tones he was creating would be more useful for warning people of potential danger than for making music, and the first siren as we know it was born.

Robinson’s original siren design used a steam-powered trumpet that could create loud, piercing sounds, and it wasn’t long before this invention began to gain popularity as a way to warn ships at sea of danger. This was their primary use for many decades up until the 1960s, when police and first responders in both Europe and North America began to experiment with using sirens on land-based vehicles.

Today, sirens are one of the single most important tools that police cars, fire trucks, ambulances, and other first responder vehicles have at their disposal. They’re an incredibly effective way to clear traffic and make sure that people are aware of the presence of an emergency vehicle, which is crucial in keeping both responders and civilians safe.

What are the varying sounds and patterns that sirens may utilize for this purpose, and what are the most common settings where each individual pattern may be heard? Our next several sections will dig in here.

One of the most common and familiar siren sounds heard across many settings is the yelp, which alternates between a Hi-Lo tone in an extremely rapid way that signals an immediate danger. This pattern is used most often in police and other law enforcement settings, as it’s an effective way to quickly clear traffic without being too disruptive.

One of the key qualities of the yelp is urgency, which is generated by the fast-paced switching between tones. This is in contrast to a wail, which we’ll discuss next, which is more sustained and creates a feeling of distance. By comparison, the yelp is designed to be used in situations where an emergency vehicle is approaching quickly and needs to get through traffic as soon as possible.

The wail is another common siren pattern that’s used by police and other first responders in many different settings. It’s similar to the yelp in that it utilizes a combination of Hi-Lo tones to be noticed, but it differs in the speed and overall duration of these tones.

While the yelp is designed for close-range situations where an emergency vehicle needs to get through traffic quickly, the wail is more often used in situations where the vehicle is coming from a distance. Instead of a faster break-up between the two tones, the wail uses a slow, drawn-out variation that can carry for a significant distance.

This is why the wail siren pattern is often used in situations where an emergency vehicle is approaching from far away, or when it needs to be noticed by people over a larger area.

The Hi-Lo siren pattern is very similar to the wail and the yelp, but with a key difference: It’s far less “urgent” overall, and as a result, it’s not used as often in emergency situations.

One of the primary uses for the Hi-Lo siren is actually to indicate that a funeral procession is taking place. This might seem like an odd use for such a loud, attention-grabbing sound, but it actually serves an important purpose.

Now, there are still many emergency situations where this sound might be used. For instance, police officers in some jurisdictions may use the Hi-Lo siren when they’re responding to a non-urgent call. This is less common than the yelp or wail, but it does happen on occasion.

Especially given the rise in in-vehicle audio systems that means more and more people won’t be able to hear what’s going on around them on the road, there’s been an emphasis among first responders in recent years for forms of attention-grabbing that engage the other human senses as well. This is where the howler siren comes in: It’s similar to the wail or the yelp in overall sound, but also comes with a special low-frequency tone that’s designed to be “felt” by people as well as heard.

This siren pattern is still relatively new, but it’s becoming more and more common in areas where first responders need to be extra-sure that people are aware of their presence. It’s meant to be felt by people in vehicles that are close to the first responder vehicle; for instance, if a first responder is having trouble getting through traffic, the howler can help get the attention of people in nearby vehicles.

One form of siren call that’s a bit less common these days, and has largely been phased out in favor of the yelp, wail and others we’ve gone over here, is the power call. Part of the key reason for this is the somewhat monotonous tone of the power call — it has the exact same frequency at all times, with no variation that helps to make it stand out.

Still, there are some areas where the power call is still utilized from time to time. In contrast to other siren patterns, the power call is meant to be used over long distances — so long, in fact, that it can carry for miles. As a result, you’ll often see it used in rural areas where an emergency vehicle needs to be noticed by people over a vast span of land.

Another siren type that’s been mostly phased out on modern police vehicles, but still may be seen in certain settings, is the air horn. This is the kind of sound you’ll often hear from local fire departments or buildings to alert an entire swath of people that something is going on.

One of the key reasons that the air horn has been phased out, though, is that it’s not as effective at penetrating through traffic noise as some of the other siren types we’ve gone over. Still, you may see it used in certain situations where a first responder needs to be noticed by people over a very large area.

The final siren pattern we’ll go over here is the piercer, which is similar in nature to the yelp — but with a higher frequency and an even faster delivery. It’s almost exclusively used in packed-in urban environments where there’s heavy traffic and a lot of noise in general.

The piercer is meant to cut through all of that other noise and get the attention of people who might not otherwise hear the siren. In many ways, it’s kind of like an emergency brake for the ears: It’s very sudden, very loud, and very effective at getting people’s attention.

So, there you have it: A look at some of the most common siren patterns and what they’re used for. Next time you hear a siren on the road, see if you can identify which pattern it is — and why the first responder might be using it.

For more on this, or to learn about any of our sirens or LED lights for emergency personnel, speak to our team at LED Equipped today.