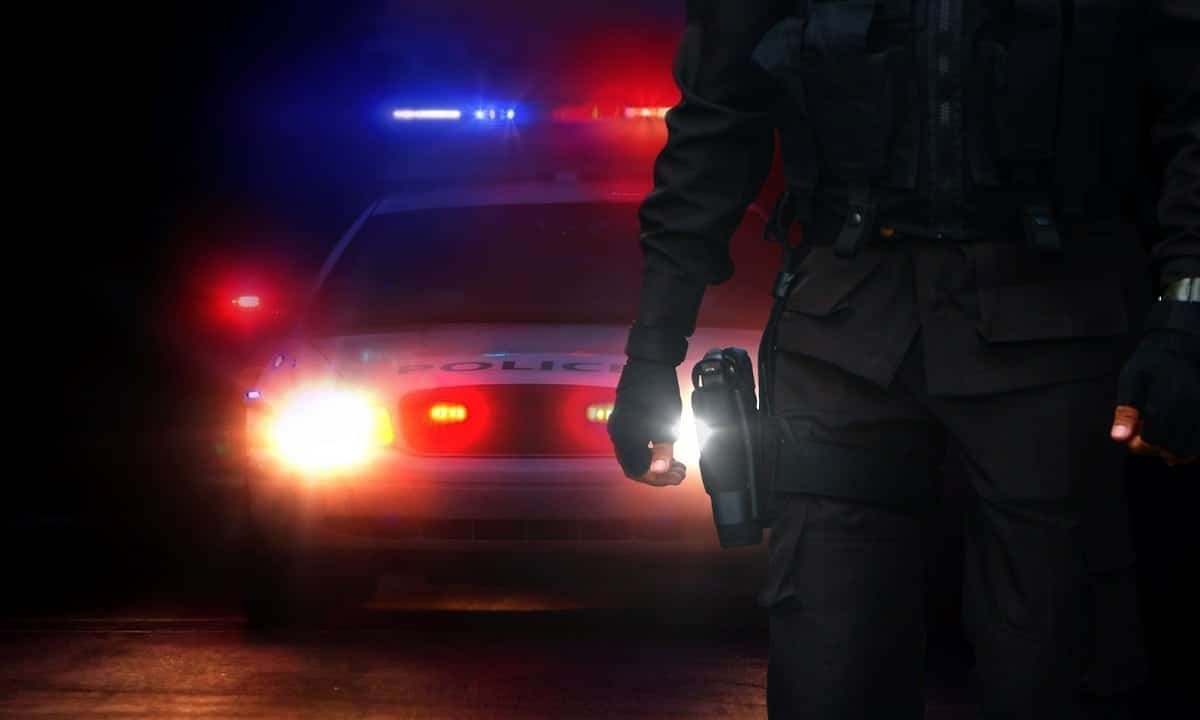 There are few symbols more instantly recognizable and simultaneously alarming and relieving than the flash and the scream of the police siren. In all likelihood, a good majority of people have been on the negative receiving end of the police siren. Most have felt that sinking feeling in the pit of their stomach as they looked in the rear-view mirror and seen the flash of lights, indicating that they have done something to violate driving laws, be it speeding, changing a lane improperly, or rolling a step. On the other hand, it is likely that a good number of citizens have been relieved to hear those sirens growing louder, seeming to shout to the world that help is on the way.

These siren sounds and sights are so iconic that in a film they can be used as both visual and auditory cues for the audience. For example, merely having police sirens as background noise can let the audience know that this might not be a very safe neighborhood, or they can let the criminal know that law enforcement is rapidly approaching. Visually, the soft blues and reds, flashing periodically, can set a unique mood, bathing the scene in soft lights and cueing the audience into the fact that something very bad happened here recently.

Whether in film, television, or music, the efficacy of such subtle auditory and visual cues speaks strongly to their incredible design. Especially when you consider the two-fold nature of their symbolism, how simply the call of the siren or the flash of the blue and red lights can be seen as a good or a bad thing. For violators of the law, such sounds and sights can conjure up feelings of horror, of guilt, and stir within them the desperate need to run, to escape. For those in desperate need of protection, of rescue, police lights and sirens can be symbolic of safety, relief, comfort, law, and order; they can be a deterrent that scares away those who mean them harm, a mental safety line to desperately cling onto as a reminder that aid is coming.

We are all familiar with the siren’s croon and the flashes of color; however, most are likely unaware of the origins of the siren, the reasoning behind the color scheme, nor do they know how sirens actually work. In this guide, we will try to answer these and other questions about police sirens.

History of the Police Siren

The term siren comes from Greek mythology, most famously in the case of Odysseus in the Odyssey. The legend behind the Siren was that they were beautiful, deadly creatures, half bird, and half nubile woman. They were famous for their hypnotic singing, which was capable of enchanting and trapping sailors who were foolish enough to listen to their song. Many a sailor blamed the siren’s croon as the reason behind why ships were dashed upon cliffs and rocks. In order to avoid this fate, to protect their minds from the slave inducing effects of the call, a sailor would stuff their ears with wax.

In 1790, John Robinson a physicist, mathematician, musician, and inventor from Scotland named his newly created musical instrument the siren. Frankly, the word “musical instrument” is a generous word for the brassy, shrill, and penetrating sound generated by the rotation of a crank, which forces air through the pneumatic tubes and the two disks of his metal creation. This bulky creation was not exactly pleasant to the ears, and as a result, was not commonly used by musicians of the day, except in the cases of some pipe organs.

In 1819, Baron Charles Cagniard de la Tour, improved upon Robinson’s original creation as well as gave it the name we call it today. His improved siren was much smaller and consisted of two coaxially mounted perforated disks which were set at the end of a pneumatic tube, with one disk rotating and the other remaining fixed. This distinct tone could be heard underwater, which hints at a link from the Sirens of mythology. Both Cagniard and Robinson’s devices, if listened to for long periods of time, produced a less than soothing effect for the listener. However, any who heard it agreed that it was quite a distinct if annoying sound that, and like its namesake, was more than capable of catching one’s attention.

Because this clangor was ill-suited for a choir room, the instrument was repurposed into a sort of warning or signaling device. In the early 19th century, the way firefighters could be summoned to a fire was by ringing a bell, either affixed atop the fire station, or in the belfry of the local church. These alarm methods were soon replaced by the more effective crank siren and by the time electricity became a regular fixture of modern living, the first electrical fire sirens were added to the fire stations.

By the time the 20th century was in full swing, police had begun to incorporate mechanical sirens by affixing them to their cars. It was not until 1965 that Motorola employees Ronald Chapman and Charles Stephens created the first electronic siren which mimicked the sound and properties of the mechanical siren. Quite quickly, these electronic sirens replaced the older, less efficient models.

The electronic siren is composed of various components which combine amplifiers, circuits, modulators, and oscillators to create the synthetic siren tone. Because the effects can be modulated, such sirens are capable of producing several distinct siren tones such as an air horn, scan, manual, wail, phaser, yelp, priority, and pierce. Further, the adaptation of electronic siren has allowed for controlled rhythmic noise variations as well as sound level variations. This will enable pedestrians to differentiate who is coming in emergency situations, such as the fire trucks, ambulance, and police cars. For police cruisers, the standard siren call is set to a tritone, which in classical music is used as a harmonic and melodic dissonance intended to be jarring and to catch the listener’s attention.

You may have noticed that some sirens are louder than others, even those on identical police cars. While volume is controlled via the PA system, the potential decibel output is affected by the way the gear is mounted. Even though most emergency vehicles have a siren that creates a call that ranges anywhere from 110-120 decibels, when on, police and emergency vehicle sirens sound louder since their sirens are mounted to the front bumper, and their cruiser absorbs less of the sound.

Police Siren Lights – From beacon to the light bar

Emergency vehicle lighting is one of the more critical aspects of the police siren. Such lighting provides a visual warning meant to convey to civilians the driver’s urgency, to signal other motorists or stop them, and to act as another stationary warning hazard.

In the early 1940’s, members of the police force agreed that they needed an easier way to alert bystanders, to pull over traffic violators, and to let others know that the police car required the right of way. So, as a supplement to the original siren call, a beacon was mounted to the roof of the cruiser that would flash a red light. This created both police light and noise significance. At this point, red was the only light that engineers could get to flash. By surrounding the red light with rotating lamps or mirrors, the red light could be cast in multiple directions and thus catch the eye. In the beginning, this was an efficient, low-cost way of catching the public’s eye.

As time passed and technology improved, the departments agreed that they could still do better. In response, a magnetic-mount lighting beacon was placed to the hood of the car and switched on. This rotating light siren was a brighter and more urgent signal to motorists and pedestrians and was much harder to miss since it offered three-hundred-and-sixty-degree visibility. While the magnetic mount was convenient, it was soon replaced by a built-in mounted light bar, which was capable of producing even more light than its predecessor.

In order to further exude a sense of urgency to civilians, the traditional blue color was added, and such effects as strobe lighting and flash patterns helped to convey the seriousness of the matter subconsciously. The red and blue lights were especially useful and visible at night, making them perfect for the flashing lights on emergency vehicles.

By the early 90’s the first iteration of the LED light bar was introduced to police cruisers. Such simple LED tech lasted longer, was more visible, and allowed for a variety of color changes or variations. As time went on and this technology continued to improve other features and components such as halogen lights, spotlights, dash lights, and grille lights were added. Light bars became more customizable and capable of flashing with specific patterns or creating intended lighting effects. Such sirens plug into the cars power source and can be turned on or off with the push of a button.

As mentioned previously, the red became a standard as a result of necessity rather than choice. The blue, however, was chosen by departments, but there is no clear consensus as to why. There are, however, theories as to why. Read more information in our related article that discusses why red and blue are primary emergency colors.

While the legend of the siren is intrinsically tied into the sound of their croon, for today’s siren, both the sight and the sound are equally important. Experts agree that combining auditory and visual cues is the most effective method of gaining one’s immediate attention. As police tech has improved over the decades, this harmony of discordant light and siren has only been further improved. While there have been changes and alterations that come part and parcel with evolving technology, there is little doubt that the distinctive cry of the siren and the familiar red and blue glow will remain fixtures of police car sirens and as the basic emergency light regulations.

For more information about police sirens or products that we offer, contact the professionals at LED Equipped today.