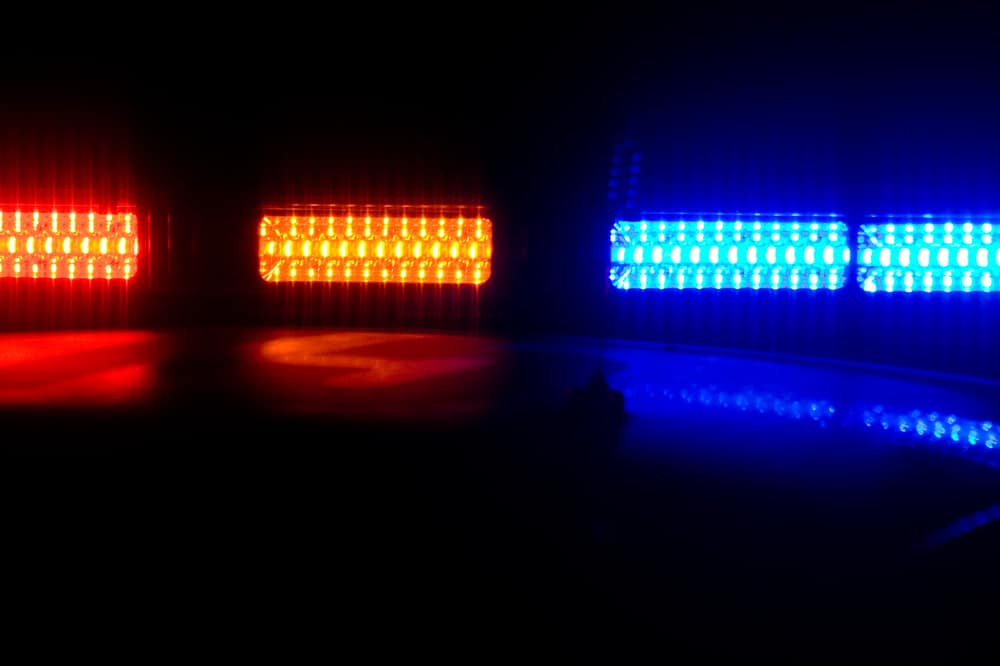 If you’re an emergency responder of any kind, whether we’re talking police, firefighter, EMT or any other variety providing life-saving services to the public, one of your key tools for staying safe and effective is emergency lights and sirens on your vehicle. In modern times, LED lights are generally agreed upon as the top option for your emergency vehicle light needs — but like with any other product, your LED setup here may need some upgrades over time.

At LED Equipped, we’re proud to offer the very best selection of emergency LED lights in the industry, from standard and mini LED light bars to dash lights, beacon lights and numerous other options. We’ve assisted numerous first responders with upgrading their LED or other emergency light setup, and we’ll do the same for you. What are some of the key signs or indicators that it’s time to upgrade your setup? Here are several to keep in mind, plus what they might be telling you.

One of the first and most obvious signs that your emergency LED lights need an upgrade is if they’re simply not as visible as they used to be. This could be due to a number of factors, but one of the most common is simply that the LEDs themselves are wearing down and don’t produce as much light as they used to. If your current setup isn’t giving you the visibility you need to do your job effectively and safely, it’s time for an upgrade.

For instance, let’s say you have an LED light bar mounted on the roof of your vehicle. You notice that lately, drivers aren’t reacting to you as quickly as they used to when you have the lights on — or worse, they don’t seem to see you at all until you’re right on top of them. In a situation like this, it might be time for a more powerful LED light bar that will give you the visibility you need to stay safe on the job.

Not only should you be keeping track of this sort of thing while on the road, but you should be performing regular tests of your equipment to make sure it’s still functioning properly. Once every few months or so, take some time to test all of your emergency lights, both while the vehicle is stationary and while it’s in motion, to make sure they’re still as bright and visible as they should be.

In other cases, the issue isn’t with the LEDs themselves but rather with the wiring or connections leading to them. Over time, these wires can become worn down, loose or otherwise damaged, which can result in dim or flickering lights. If you notice that your emergency lights seem to be losing power or flickering on and off erratically, it’s a good idea to have the wiring checked out to see if it needs to be repaired or replaced.

It’s also worth mentioning that, in some cases, the issue might not be with the wiring at all but rather with the battery or power source supplying electricity to the lights. If your emergency LEDs seem to be dimming or flickering and you’ve already checked the wiring, it might be a good idea to have the battery or power source itself checked out to see if it needs to be replaced.

In some situations, checking your wiring might reveal that you just need to fix a couple simple connections rather than upgrading the entire system. In other cases, you might discover that your wiring is so old and damaged that it needs to be completely replaced — which could mean upgrading to a newer, more modern system.

It’s vital that your emergency lights work in coordination with one another and with the rest of your vehicle’s equipment. If you find that your current lights aren’t compatible with new additions or upgrades to your vehicle, it might be time to consider an upgrade.

For instance, let’s say you’ve recently added a new siren system to your vehicle. However, you find that the new siren doesn’t work correctly or as intended when used in conjunction with your current emergency lights. This could be a sign that your current light setup is incompatible with the new siren and needs to be replaced.

In other cases, you might find that certain elements of your emergency light system just don’t work well together. For instance, you might have a light bar and a set of surface-mounted lights, but you find that they don’t produce the pattern or level of light coverage that you need. If this is the case, it might be necessary to upgrade one or both of the light types to something that’s more compatible with the rest of your system.

Too Large or Bulky

If you’re still utilizing LED lights made a decade or more ago, chances are they’re quite large and bulky compared to the newer models on the market. Not only can this make it difficult to mount or position your lights in a way that’s effective, but it can also reduce your visibility by blocking other driver’s views of your vehicle.

In some cases, you might be able to simply replace the light heads rather than the entire system. However, in other cases, it might be necessary to upgrade to a newer, more compact system in order to achieve the results you need.

Luckily, modern LED options are far more compact and sensible from a size standpoint. Our mini LED light bars, for instance, are about half the size of traditional light bars but produce just as much light. This makes them much easier to install and helps ensure that your vehicle remains visible to other drivers on the road.

If you find that your current emergency lights aren’t providing the level or pattern of coverage that you need, it might be time for an upgrade. In some cases, you might simply need to add a few additional lights to your existing system in order to achieve the coverage you’re looking for.

However, in other cases, you might need to replace your entire light setup with something that’s more suitable for your needs. For instance, if you’re using a light bar but find that it doesn’t provide enough side-to-side coverage, you might need to switch to a set of surface-mounted or hideaway lights.

On the other hand, if you’re using surface-mounted lights but find that they don’t provide enough front-to-back coverage, you might need to add a light bar to your system.

Today’s LED lights typically come with several advanced functions, such as flash patterns, dimming capabilities, and so on. If you find that your current lights don’t offer the level of functionality that you need, it might be time for an upgrade.

Let’s say you currently have a set of surface-mounted lights, but you want to be able to control them independently. In this case, you might need to switch to a set of hideaway lights, which offer independent control of each light head.

Or, let’s say you have a light bar but want to be able to change the flash pattern. In this case, you might need to switch to a light bar with programmable controls.

As you can see by reading this article, there are several different signs that it might be time to upgrade your emergency LED lights. If you find that your current system isn’t providing the level of coverage or functionality that you need, don’t hesitate to consider an upgrade.

Here at LED Equipped, we offer a wide range of high-quality LED light bars, mini light bars, surface-mounted lights and more. Contact us today to learn more about our products or shop our online store now!