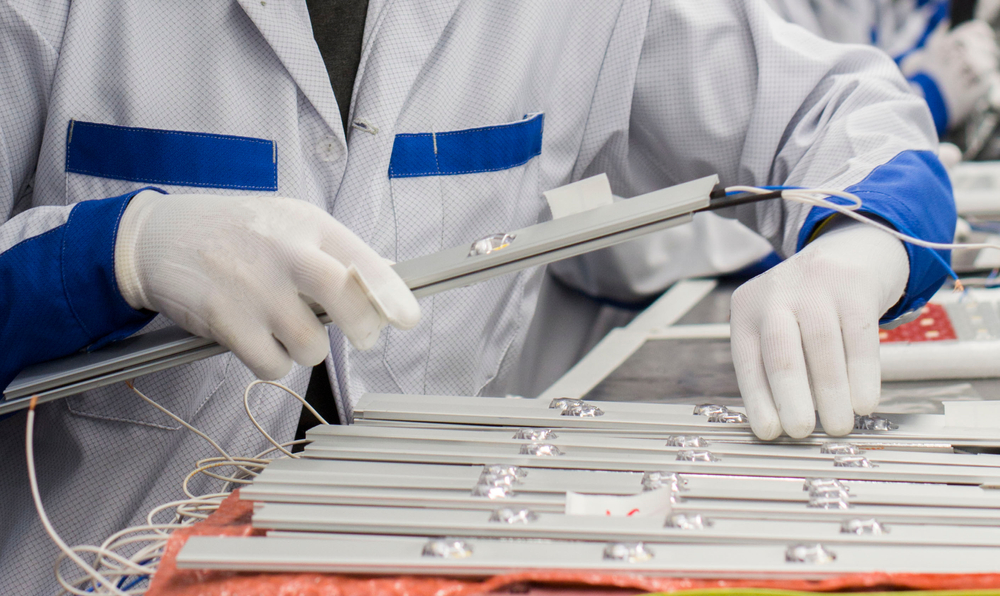 Like many of the other top products we utilize today in our world, there’s a long and intriguing history behind the creation of LED lights — and of their eventual modern uses, which include everything from first responders and emergencies to construction sites and more. And what’s intriguing about LED lights in particular within this realm: While the history of these products dates back decades, there’s still a ton we’ve yet to discover that could be coming in future years.

At LED Equipped, we’re proud to provide the highest-quality in numerous LED light options, such as mini LED light bars for emergency vehicles and numerous other choices for not only first responders, but also several other groups. And while we’re always looking forward to the newest innovations in our industry and how we can use them to better serve our clients, we also have a great appreciation for the history that led us to this point. When were LED lights discovered and popularized, and how have they evolved to the point we know them at currently? Here’s a basic layout.

While other attempts may have taken place before then, the first recorded event of visible light being created by an LED is generally agreed upon as 1962. Experiments using lights and gallium arsenide semiconductors had already been taking place for over a decade before this time, but this was the first true breakthrough.

At this point, a man named Nick Holonyak Jr. — an employee of General Electric at the time, curiously enough — is credited with the first-ever production of a visible red LED light. The term LED stands for “light emitting diode,” and there was a major difference between this LED light and the other forms that were previously attempted: Previous versions couldn’t produce visible light, but were instead only capable of providing infrared (IR) and ultraviolet (UV) energy.

Over the next decade or so, continued advances would follow. Ten years after this initial discovery, for instance, M. George Craford — of the Monsanto Company — created the first LEDs that could emit a pale yellow light. Monsanto would become a major player in the mass manufacturing and marketing of these lights at a later point, as well.

Within just a few years from this, LED lights emitting a pure green color would be discovered. It was quickly understood within many industries that these lights could create extremely bright beams, up to 10 times brighter than what had been discovered by Holonyak even a decade prior.

By the early 1980s, technology had advanced to the point where “super-bright” LEDs had begun being produced in bulk, primarily for uses in the automotive industry. Due to their bright beams and low energy needs, LEDs quickly became a favorite in this space.

Originally, these lights were red, yellow and green in color only. However, over the next 15 years or so, major advances would take place — allowing for the creation of other colors, as well.

In the mid-1990s, another major breakthrough took place: The creation of ultra-bright red, yellow and green LEDs by Shuji Nakamura. Some may recognize this name — Nakamura is a world-renowned and Nobel Prize-winning scientist in the field of semiconductors and lights.

Through Nakamura’s invention of these ultra-bright lights, which were also eventually made in orange-red, orange and yellow varieties, use of these lights throughout several industries — including construction, to which they are most commonly attributed today — exploded.

If you’ve read to this point, you may have noticed the curious lack of any mention of white lights — and that’s because these didn’t come until much later.

In fact, white LED lights didn’t really start to appear until after 2000, and it wasn’t widely known that these had been created as early as the late 1990s. However, unlike their counterparts discussed prior — which were all discovered by companies such as Monsanto and General Electric — this new strain of lighting was developed in a university setting, by Nakamura.

The primary material that allowed for this breakthrough was indium gallium nitride, which Nakamura now works with at the University of California, Santa Barbara. One thing to note is that it took time for these lights to go from being created in the laboratory to being commercially-available. Even today, decades after their initial creation, there are still upgrades being made and further advances being discovered.

The discovery of white LED technology was one of the final dominoes to turn that got the attention of the US government. Specifically, not long after they were introduced, the US Department of Energy began encouraging businesses and consumers to switch from older types of lighting — such as incandescent and fluorescent lights — to LEDs.

While only 20% efficient at the time, they were still five times more so than these other two types of lights, and thus in 2008 it was estimated that making this switch could save $250 million in energy costs for US business and consumers.

It’s also worth noting that the US military is on the cutting edge of LED technology development and use, as well — particularly when it comes to their white LED lights. In this instance, they’re typically used in flashlights and such for soldiers so as not to give away their position by emitting a brighter light than what would be emanating from a close-by candle.

However, much of the research and development that is taking place for this type of light is classified — which means information on it is scarce at best.

And while much is still to be learned about LED lights (more here in just a moment), there’s no question of their popularity and wide-ranging uses in today’s society. LEDs have become the most popular form of lighting for use in outdoor festivals, theater productions and more.

They even make up the lights on the Empire State Building — illustrating their widespread popularity among construction sites across the world. However, they’ve also become quite popular for office spaces, streetlights and home use; this includes general outdoor landscaping as well as indoor running water fountains and more.

When it comes to societal benefit, however, perhaps the greatest use of LED lights is for emergency situations — whether it’s in the form of emergency road flares for firefighters, police officers and highway workers to use when they’re on the job; or as an emergency beacon at sea or in remote areas.

And there are even more uses for LED lights which go far beyond their most popular ones today, including medical sensors, radio-frequency identification tags, construction sites, clothing and more.

The Possible Future of LED Lights

Researchers like Nakamura and many others would tell you that while a lot has been accomplished here, so much more still can be done as they master the art of making LED lights even better and more efficient. Whether it’s increasing their energy-saving properties or figuring out how to use them in a larger array of devices, there is much that remains unknown — and unlimited possibilities for what could come down the road if we keep working on their replication and application.

Consider one common use of LED lights that’s been tested by certain local governments: LED streetlights that will flash anytime there’s been an emergency call made in the nearby area. This would help emergency vehicles locate where the emergency is being reported from more quickly, and thus have an impact on response time. You should also expect greater uses of data within the LED light world.

For more on the history of LED lights and how they’ve become such a major part of many areas of today’s society, or to learn about any of our emergency LED lighting options, speak to the pros at LED Equipped today.