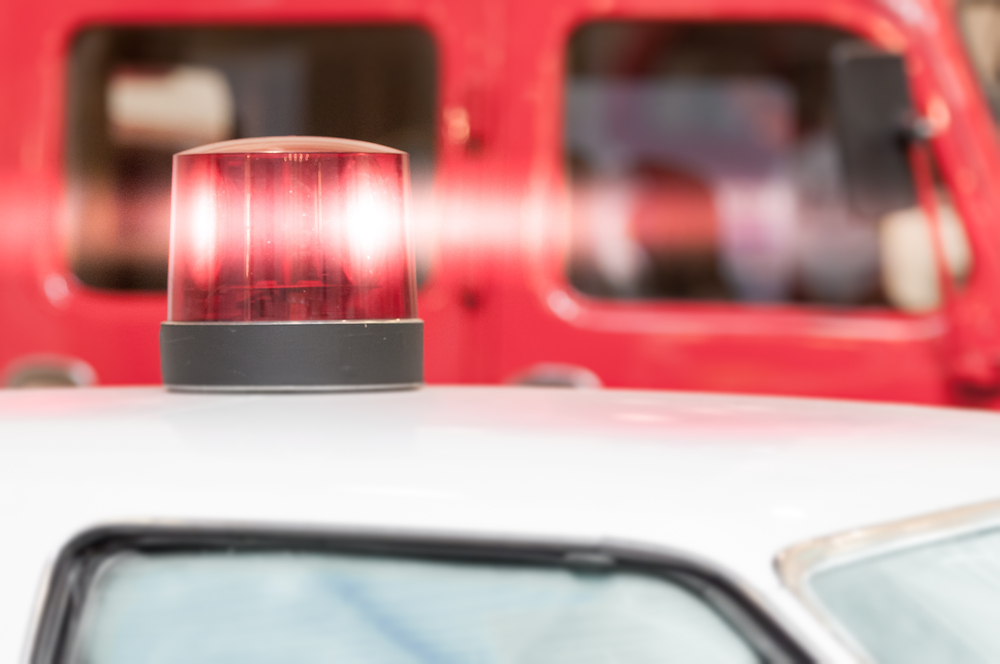 When responding to any kind of emergency, responders need to be able to notify others in the area of their presence while keeping the entire situation safe and controlled. There are several tools that are used for this, including both audio and visual cues, and some of the most valuable resources to many emergency responders are strobe lights.

At LED Equipped, we stock a comprehensive range of products meant directly for first responders and their needs, from a huge variety of light bars and dash lights to several strobe products, including strobe beacon lights, hideaway strobe LEDs and others that create the well-known strobe effect for emergencies. How do these lights work, and why are they so beneficial, even when compared to other LED light products you might consider? Here’s a primer.

Typically installed on the emergency vehicle directly, LED strobe lights work by rapidly turning the lights on and off to mimic a strobe effect. For some, this comes naturally, as the emergency vehicle approaches; others might need a little more to get the attention of people in their vicinity, such as sirens and other audible alerts.

Lights will either be single-colored or multi-colored, and this will depend on their specific use. Fire trucks and ambulances, for example, will use red and white lights in a strobe fashion, while police cars or other security vehicles might use an amber strobe light to stand out.

These types of lights are incredibly bright and powerful, and they can have up to thousands of flashes per minute. This means that even people who are completely cut off from the situation can still receive adequate information without endangering the responders in any way.

Strobes aren’t just limited to emergency vehicles; there are many ways that strobe lighting can be used effectively as a warning tool. Traffic signals incorporate flashing yellow lights for when the intersection is closed, and these strobe LED lights are one of the first things that people notice to indicate that they should be cautious.

A set of two or three LED strobe lights is typically recommended for vehicles that will be driving around frequently. These lights should be able to activate when the emergency vehicle is traveling at higher speeds, and they can be incredibly effective at attracting attention and warning people in your area of your presence, especially if they are used within combination with sirens or other audible alerts.

Strobe lights will be used in various settings. Their most common use is atop various vehicles, where they’re used as a warning to other cars and can be seen from any angle. However, they’re also often used as stand-alone options to redirect traffic or let people know when it’s time to slow down in a given area.

For this reason, most strobe lights come with multiple settings that allow them to be mounted either on the roof or on other parts of the vehicle so that they can be seen from any angle. For example, emergency vehicles need to be seen from behind, and the strobe lights are typically installed on the roof of these types of cars. On the other hand, police cars will often have their strobe lights placed towards the front of the vehicle so that people can see them as they approach intersections or bends in roads where visibility might be a bit more limited. LED strobe lights are designed to stand up to the harsh elements of weather, which means that they can be used both indoors and outdoors.

Now let’s dig into why strobe lights are so beneficial, even compared to other LED light types commonly found in emergency vehicles.

LED bulbs are becoming the standard in numerous industries, not just emergency response, and this is primarily because of their incredible lifespan. LED lights last upwards of 10 times as long as some other bulbs (such as halogen or incandescent), and this means that you won’t have to worry about replacing them nearly as frequently. You’ll be able to save money on replacement light bulbs, which will instead need to be replaced less often than the strobe lights themselves.

In addition, maintenance needs for LED strobe lights are minimal. You won’t have to worry about frequently changing lenses like you do with other types of light bulbs, and the LED strobe lights can even be used in wet conditions without fear of malfunction or damage.

The brightness of LED panels is another interesting factor that might not be obvious at first glance. Compared to incandescent bulbs and other types of LED bulbs, LED strobe lights can emit more than twice as much light. The interesting part is that this doesn’t use any more power, so you’ll be able to flash brighter lights without worrying about overtaxing your vehicle’s battery.

This combination of longer life and increased brightness means that you won’t need to worry about replacing your strobe lights as often, and when you do need to replace them, you’ll be able to use the same or similar model that is already installed in your vehicle.

In addition to their improved lifespan compared to most other common light types, LED lights are also far superior when it comes to energy efficiency. They use a fraction of the energy that other types of light bulbs use, and this means that your vehicle’s battery won’t drain nearly as quickly. LEDs are known to use about 75% less energy than incandescent bulbs, and about 60% less than xenon flash tubes that are also sometimes used.

Not only does this make your strobe lights more affordable, it improves the environment around you. Though most people don’t realize it, the main reason that incandescent lighting is more common than other options is because of its low cost to power ratio; LED lights are simply more expensive, but they last longer and use far less energy overall, making them stronger for ROI while also eco-friendly.

And of course, any money you save by using LEDs compared to other types can be redirected towards purchasing the appropriate replacement lights when your vehicle’s strobe lights finally go out — or even to other areas of your vehicle that might require attention.

First responders also need their strobe lights to be able to hold up to harsh conditions, and LED strobes are highly durable. They’re made from semiconductor materials, with filaments that aren’t enclosed in glass (unlike other bulb types) — this makes them far less fragile and less likely to be damaged by even a minor accident or impact.

In addition, LED strobes are sealed against the elements and can even be submerged in water without malfunctioning. They’re both weatherproofed and waterproof, so they won’t break down after being used outside for a long period of time or after getting wet.

With certain other bulb types, such as xenon strobes, there will be a slight delay between when you turn the bulb on and when the strobe actually begins. With LED strobes, on the other hand, there is no delay whatsoever: They turn on instantly and immediately provide you with strong performance.

LEDs are also the easiest to control, including different output levels and several customizable options. They can be adjusted to provide the exact kind of light that you need for a given situation, and they’re even capable of flashing in different patterns as well.

This high level of control provides first responders with a number of benefits. For example, if they encounter an emergency or accident during night hours, they will not only be able to produce a more powerful light that’s visible from farther away, but they will also be able to direct the strobe in such a way that it can alert passing drivers and pedestrians of the danger or emergency without distracting them.

For more on the benefits of LED strobe lights on emergency vehicles, or to learn about any of our LED emergency response lighting products, speak to the staff at LED Equipped today.