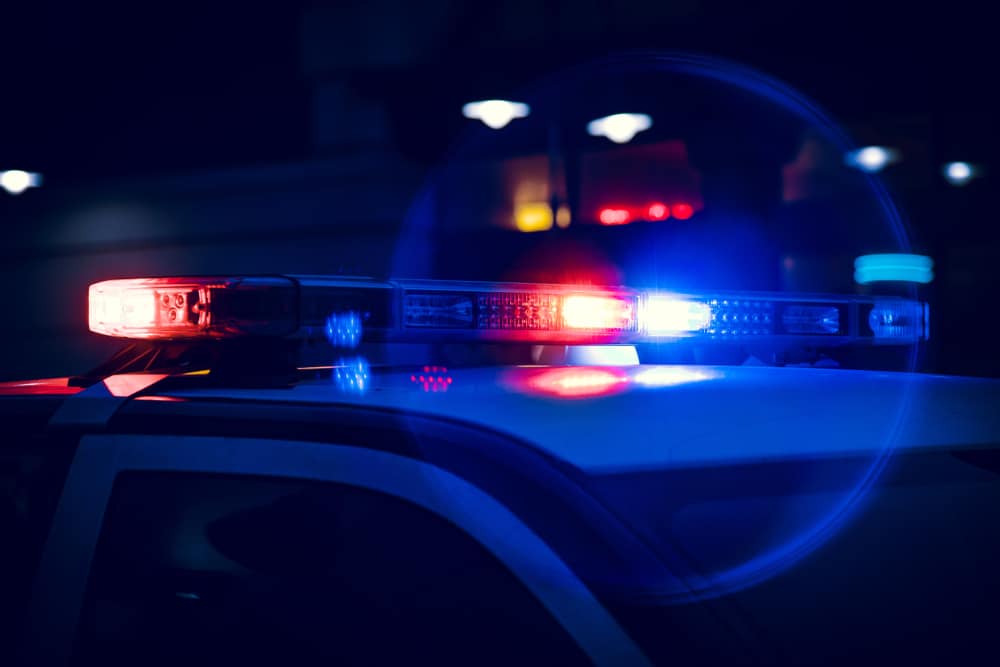 There are a number of different first responders who may utilize varying lights to warn others of their presence, and probably the most well-known in this category are police officers. Police will utilize lights in varying ways depending on the nature of the situation they’re involved in, and these will often coordinate with the use of sirens, speakers and other devices as well.

At LED Equipped, we’re happy to assist police officers and numerous other first responders with a wide range of LED emergency lights, plus with high-quality sirens for varying vehicle needs. What are some of the common situations police officers typically use their lights and sirens in, and what can drivers on the road expect to see or hear when this is happening? Let’s go over everything you need to know here, whether you’re training to become a police officer or are just a civilian who wants to be clear on how these things work.

(Note: Individual states and police departments often have internal protocols for the specific use of lights, sirens and other technology on the road. This blog will discuss some of these common protocols, but be aware that actual protocols may differ in your setting.)

During a Basic Traffic Stop

The most common setting for the use of lights and possibly sirens by a police officer is during a traffic stop. Officers will typically pull up behind the vehicle they want to stop, turn on their flashing lights and maybe even activate the siren temporarily as well – often just for one or two bursts. This lets drivers know that they’re being pulled over and need to pull to the side of the road.

During this kind of traffic stop, the officer will usually have their flashing lights on but will not have their siren running, as this could be a distraction or even annoying to other drivers. The siren may be used if the officer believes that the vehicle they’re trying to pull over has not noticed them and they need to get the attention of the driver.

In most of these cases, the officer will then leave their lights flashing for the duration of the stop. This serves as a visual warning to other drivers to be aware of what’s happening, or even serves to alert other officers that there is a situation in progress on the road.

While Driving to an Emergency

In other cases, police (or other first responders) may be driving to an emergency or high-priority situation. In this case, they will often have both their siren and lights running as a way of alerting other drivers to give them the right of way. This is especially important on highways or busy roads, when the vehicle may need to drive erratically or even against the direction of traffic in order to reach the destination quickly.

In this case, drivers should immediately be aware that there is an emergency situation and give them space to drive safely. It’s important to note that these vehicles will not always travel at high speed, as they still need to act responsibly – but their lights and siren will be running regardless of their speed.

During these situations, the only major priority is warning as many other drivers as possible of the situation and allowing them to proceed safely.

During a Chase Situation

While these are rarer than the average person might think, police may also utilize lights in other scenarios such as during a high-speed chase or when searching for suspects. In these cases, the light and siren setup will typically be similar to an emergency call but with the added intention of apprehending a wanted suspect or criminal. It’s important to note, however, that officers will never use their lights and sirens to cause a dangerous situation for other drivers on the road.

Now, this will obviously get a bit more complicated if a suspect is being pursued in secret or undercover, as the officers will have to be careful not to alert their target of their presence. For this reason, they may only use their lights and sirens in short bursts or at low-light settings in order to complete their mission without compromising it.

In chase situations, however, lights and sirens will be a huge asset for police – and not just those actively chasing the suspect. Police departments will often deploy several officers on the ground in order to locate a suspect, and they will use their lights and sirens to help coordinate this kind of operation. They will also sometimes attempt to place other officers and their vehicles along the suspected route of the suspect in order to limit their options for escape.

When Barricading or Blocking an Area

In still other situations, police may use their lights and sirens in order to barricade or block an area from the public. This is usually done when there is a potential safety hazard such as a hazardous material spill or an unstable structure, but can also be used in other scenarios.

In this case, police will often set up cones around the perimeter of the area and then turn on their lights and sirens in order to warn any potential passersby or curious onlookers. This can also be useful for situations such as hostage situations or active shooter scenarios, as it serves to notify When officers are setting up for these sorts of needs, they will typically leave their lights and sirens running for the duration of the situation in order to effectively block off the area from public access. They’ll also typically use the brightest settings on their lights as possible in order to provide a clear indication of the perimeter they are attempting to block off.

When Arriving at a Home Call

While many police uses of lights or sirens involve traffic-related situations, there are also scenarios in which these devices may be utilized during a home call. This is particularly common for policing agencies who specialize in responding to domestic violence cases or mental health-related calls.

In these circumstances, police will typically leave their lights and sirens on while they are making the approach to the residence in order to alert those inside that they are arriving. This not only serves as a warning for any potential perpetrators, but also provides those who may be in danger with an indication of help arriving.

In addition to this, it can also be useful for officers to keep their lights and sirens running while on the scene – particularly if they have reason to believe that the perpetrator may still be present. This will allow them to remain vigilant and alert of their surroundings, providing an added layer of safety for both themselves and those in the home.

When Transporting a Prisoner or Suspect

Finally, there are certain instances in which an officer may utilize their lights and sirens while transporting a prisoner or suspect. This is typically done when the suspect is being transported to another jurisdiction or if they are considered a high-risk individual.

In these situations, officers will use their lights and sirens in order to establish priority on the road and therefore get to their destination faster. This can be especially helpful in cases where the suspect is considered to be dangerous or is actively trying to escape.

By utilizing their lights and sirens, officers are able to effectively create a separate lane for themselves on the road and therefore limit the potential of any delay that could result from heavy traffic. In addition to this, it also serves as a deterrent for any potential individuals who may be looking to interfere with the transport of the suspect.

Overall, police officers have a variety of different ways they use their lights and sirens in order to fulfill their duties. From warning others of an impending danger to providing safety measures when transporting suspects, lights and sirens can play an important role in the work of a police officer. It is therefore important that these devices are understood and utilized properly in order to ensure their effectiveness.

For more on this, or to learn about any of our emergency LED light products for police and many other responder types, speak to our team at LED Equipped today.